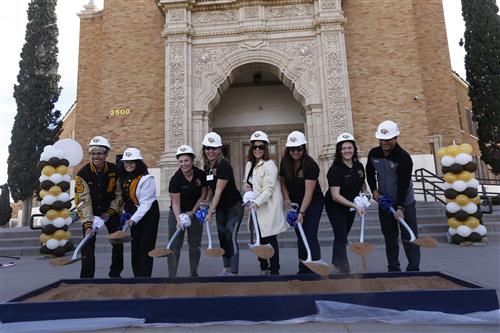 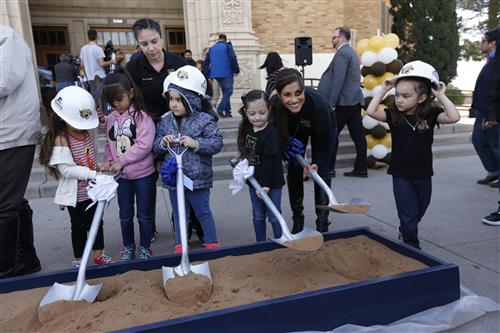 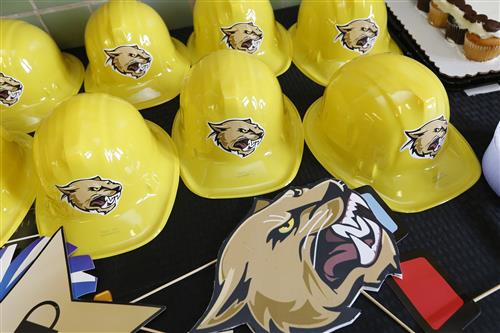 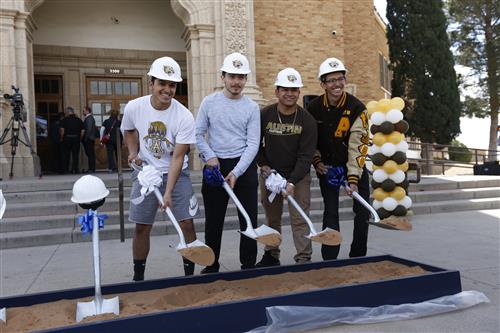 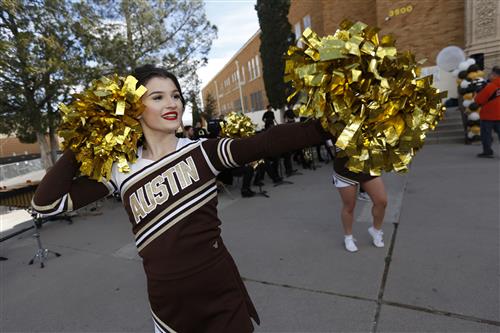 (AUSTIN HIGH SCHOOL -- Feb. 18, 2019) —The Austin High community gathered on Friday below the steps of the iconic bell tower of this Central El Paso gem to celebrate the start of Bond 2016 upgrades to modernize the campus while maintaining the historic façade.

The ceremonial turning of the dirt marked the beginning of construction on the $22-million project, which is expected to be complete by January 2021. The project includes lighting, windows, security HVAC updates, upgrades to the quad area and a new fine arts facility.

“This is so important to our students and the Austin community,” said principal Cyndi Severns-Ponce. “We’re getting much needed improvements to our building – heating and cooling, new windows, landscaping – while maintaining the historical features of the building. Austin is such a powerful and prideful community and we want to make sure that we keep up the look.”

Visitors to the campus could already see progress on the bond project through the work on the new performing arts facility – which sits in the former parking lot near the front of the main entrance. The hum of construction vehicles sounded before and after the ceremony on the new building, which will feature a 350-seat theater and fine arts classrooms.

“We’re going to finally have a place for our students to perform,” Severns-Ponce said. “We have an amazing theater program and fine arts program and we’ve never been able to really showcase them. We'll actually be able to hold performances for our feeder patterns and bring in the community to host events. We want Austin to be a place where the community comes.”

Although senior and fine arts student Isabella Valera won’t be at Austin to see the improvements, she’s excited for the new generations of Panthers that will get to perform in the new theater.

“We’ve been around for so long and I feel like we deserve to give back to the community in the sense that we have a place where we can have concerts and plays,” she said. “Having that facility is going to allow us to grow as musicians, as individuals, as performers and as a community overall.”

Officials said the work done with the Bond will help create 21stcentury learning environments, but will continue to celebrate the historic architecture of the school, which was built in the 1930s and has seen iconic local, state and national leaders walk its hallways.