(EL PASO INDEPENDENT SCHOOL DISTRICT -- Aug. 3, 2022) – The 2022-23 school year is off to a great start. The first day of school marked the return of 48,000 students and the opening of three new prek-8s, a new middle school and a renovated Jefferson/Silva High School.

Check out the first day video here and download images from our photo gallery.

• Tinajero PK-8, a consolidation of Clardy Elementary School and Henderson Middle School, named after author and educator Josefina Villamil Tinajero. The former Dean of the College of Education at the University of Texas at El Paso, Tinajero is a prominent educator considered to be a national leader in the promotion of bilingual education. The Tinajero Foxes are part of the Jefferson/Silva feeder pattern. Tinajero is located at 301 Lisbon.

• Murphree PK-8, a consolidation of Johnson Elementary School and Morehead Middle School, bears the name of legendary EPISD educator and administrator Charles Q. Murphree who dedicated more than 30 years to the children of El Paso — most notably as principal at Coronado High School. Fittingly, the Murphree Firebirds are part of the Coronado feeder pattern. Murphree is located at 499 Cabaret. 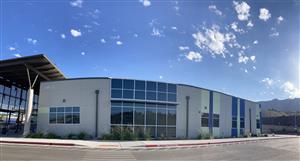 • Navarrete Middle School, the consolidation of Bassett and Armendariz middle schools, is one of six EPISD campuses built on Fort Bliss property and posthumously honors a World War II veteran who fought under Capt. John L. Chapin. He fought with the legendary U.S. Army’s Company E that was composed chiefly of Mexican-American young men from El Paso and served valiantly during the war. Navarrete Middle School Knights feed on both the Austin and Chapin feeder patterns. Navarrete is located at 3501 Hayes. 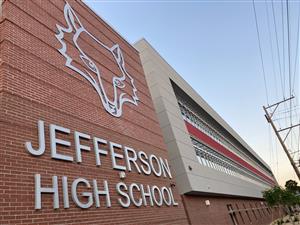