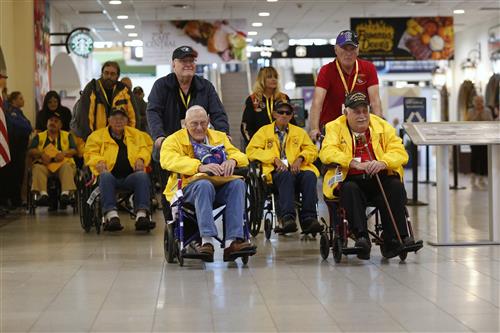 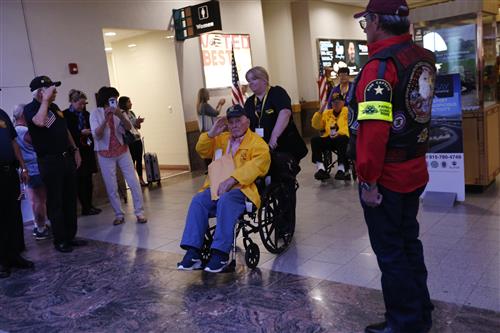 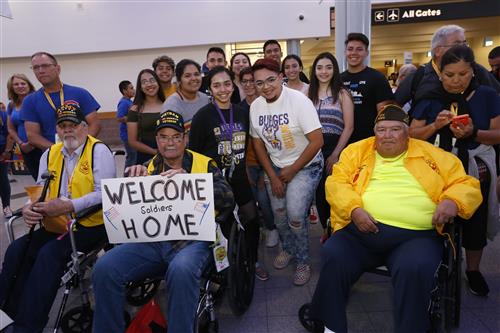 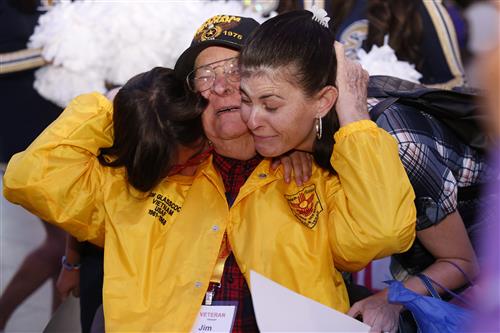 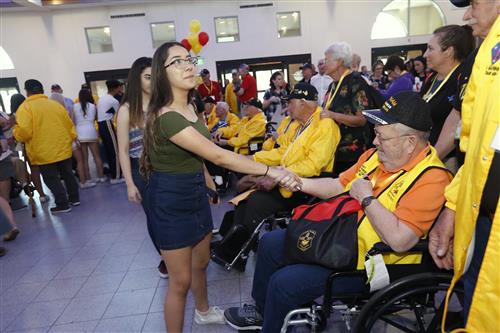 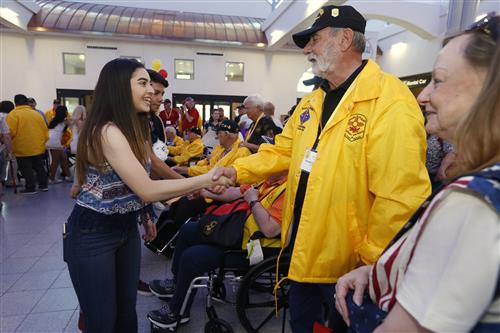 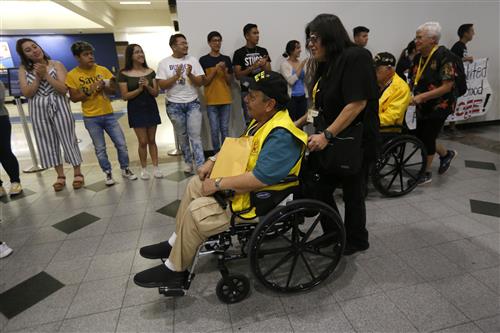 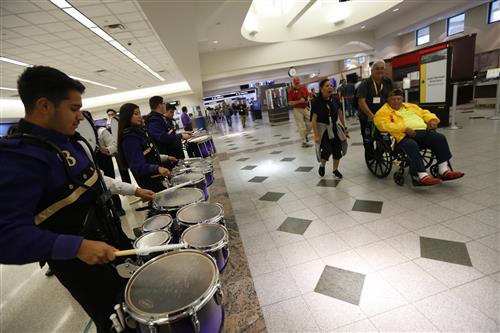 (EL PASO INTERNATIONAL AIRPORT – May 8, 2019) — Students from Burges High School last week were part of a welcoming group for a band of war heroes who had traveled to Washington, D.C., to be celebrated for their service.

The Burges drumline and members of the Student Council were among the dozens of grateful citizens who gathered at the airport to give the veterans from throughout El Paso and southern New Mexico the reception they deserve.

More than 30 veterans who fought in World War II, the Korean War and the Vietnam War returned home after visiting the nation’s capital and sightseeing some of the most cherished monuments in the country.

For Burges students, the welcoming reception was an opportunity to honor the men and women of the military who have sacrificed so much to improve the lives of all Americans.