Messages of love from all over the world 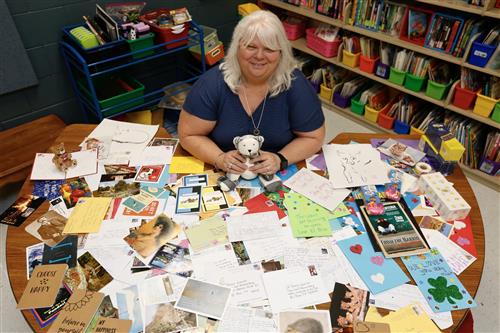 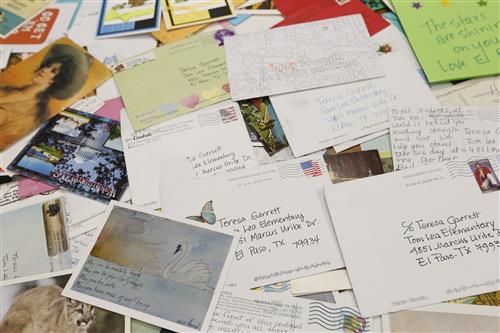 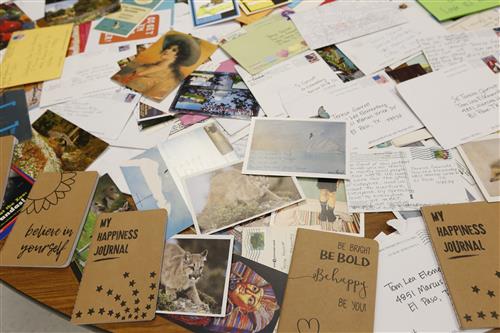 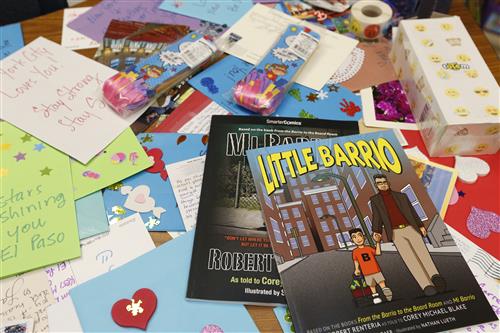 (EL PASO INDEPENDENT SCHOOL DISTRICT -- Aug. 16, 2019) — What began as a simple request of kindness from two EPISD teachers following the tragic attack on El Paso earlier this month has turned into an international movement of support for students.

After the shootings at the Cielo Vista Walmart of  Aug. 3, Hillside Elementary teacher Elvira Flores and Tom Lea Elementary teacher Teresa Garrett made a simple request on their personal Facebook pages: Send our students postcards with supportive messages so that they feel loved and calm as the school year begins.

What followed was a whirlwind of responses that span the city, state, country and even the globe.

“It’s been overwhelming. I can’t even put it into words,” said Garrett, who has spent hours trying to respond to every email and Facebook message she has received.  She has not had time to count how many people have reached out to her, but she believes it is in the thousands.

“People are sending us postcards, letters, messages and even items for our kids,” Garrett added. “It’s just proof that the world is populated with wonderful individuals who care about people, even if they don’t’ know them personally.”

Flores has had a similar response at Hillside, and the school has been swarmed with hundreds of letters and packages to the delight of students.  One donor even provided heart-shaped sunglasses for every student in the school.

“My goal with this request was to let my kids know that there are other voices out there other than the voice from the man who attacked our city,” Flores said. “I wanted them to hear a message of love from the majority of the people in this beautiful world.”