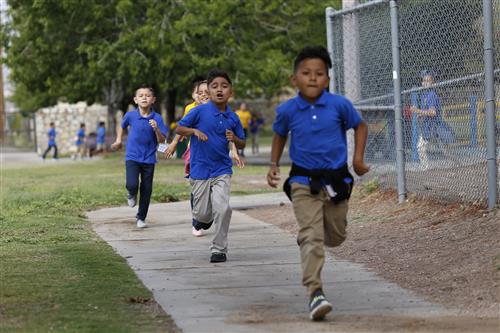 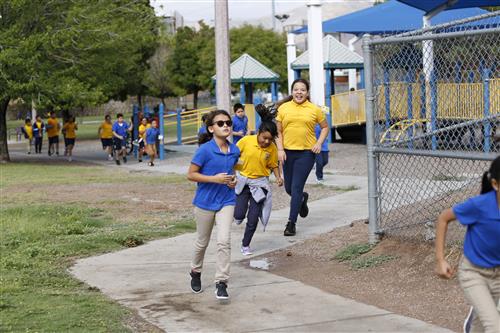 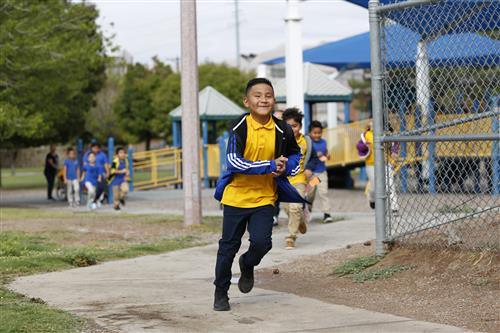 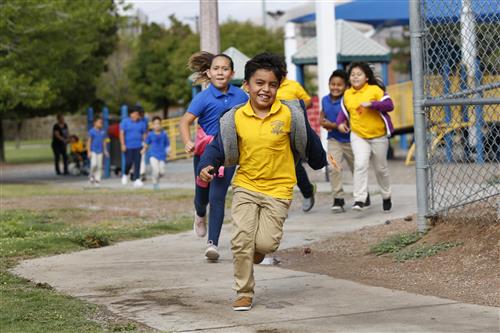 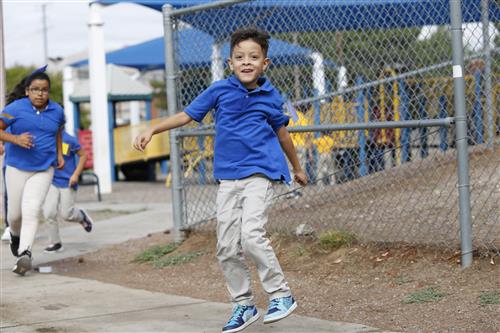 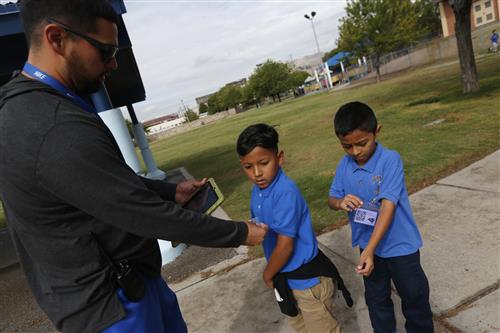 (HAWKINS ELEMENTARY SCHOOL -- Oct. 2, 2019) — It’s going to be a marathon year for the students at Hawkins Elementary School.

Actually, it’s going to be four of them.

Hawkins is the recipient of a Marathon Kids National Grant that will channel $3,675 to pay for 245 students to track their running of 104.8 miles throughout the school year. That’s the equivalent of four marathons.

The students will receive prizes from Nike with every marathon they complete.

The program works for students of all fitness levels, giving them opportunities to set and reach their goals.

“I hope it shows them that they can accomplish things that seem impossible to them – whether that's in sports or academics or just any pursuit outside of school,” Arroyo said.

The campus hasn’t officially announced the 100-mile project to students yet, however, physical-education coaches are already tracking the laps they take in class and counting them towards the marathons. They scan the students’ ID cards to mark each passing lap they complete.

“I play soccer and you never give up and you keep running,” said student Oziel Paz.

The third grader, still a little sweaty from required first three laps, asked coaches if he could take another lap – just for fun.

“It’ll make you get more energy,” she said. “I like running because when you run, you can feel the air in your face.”