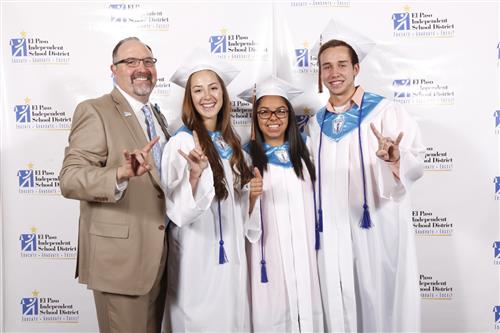 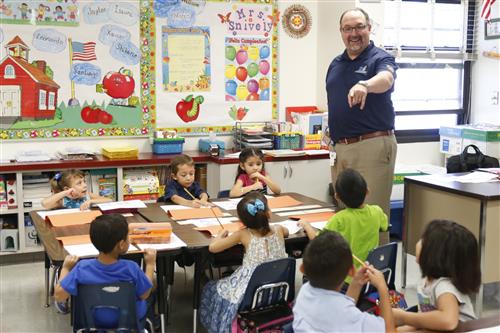 Cabrera, the longest-serving superintendent in the county, will represent the far west Texas region in the Texas Superintendent of the Year contest.

“This honor comes as no surprise to anyone who has worked alongside Mr. Cabrera,” said EPISD Board President Bob Geske. “Mr. Cabrera has helped transition EPISD from a District with deep governance and fiscal problems to one of the most innovative and admired urban school districts in the country.”

Cabrera was appointed superintendent of schools in EPISD in September 2013 and tasked with helping the District shift from an appointed Board of Managers to an elected Board of Trustees following state sanctions imposed by the state to the previous administration.

“The success of EPISD is the result of the collaboration that exists among our students, teachers and community members. I am grateful to be a part of this amazing family,” Cabrera said. “It is this desire to collaborate that will bring EPISD even more accolades and help our students reach their highest potential.”

Cabrera lead efforts to modernize the aging District facilities, resulting in the passage of Bond 2016 — the largest school bond ever to be approved by the voters of El Paso. He also was critical in the success of two separate Tax Ratification Elections that helped EPISD address budget shortfalls as well as instructional and technology needs.

Cabrera’s efforts to improve education in El Paso and re-establish trust in the school district earned him the honor of El Pasoan of the Year from El Paso Inc in 2016.

Since then, he’s continued to implement forward-thinking instructional programming in EPISD including the expansion of the innovative dual-language and International Baccalaureate programs, the establishment of New Tech Network campuses and the opening of the only dual-language and STEAM-centered school for girls in the county.

Under Cabrera’s leadership the District launched its Rightsizing for the Future Initiative, which aims to consolidate low-enrollment campuses in order to address budget and funding shortages which could have long-term impact on academic programming in the District.

Cabrera last year was named a finalist for the title of Texan of the Year by the Dallas Morning News as a result of his leadership and response to the attacks on the City of El Paso that left 23 people dead at a nearby Walmart. EPISD was a critical partner in the immediate and long-term response to the shootings, and school facilities as employees were used as resources for survivors of the attacks and their families.

During the ongoing COVID-19 pandemic, Cabrera has been recognized for his leadership in helping to create EPISD@HOME, the District’s comprehensive distance-learning program. EPISD@HOME has been successful because of the District’s growth in technology education, including the distribution of tens of thousands of laptops and computer devices.