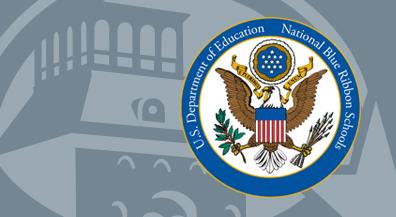 (EL PASO INDEPENDENT SCHOOL DISTRICT -- Feb. 11, 2021) — The Texas Education Agency today announced that four EPISD schools will be considered by the U.S. Department of Education to be awarded the prestigious Blue Ribbon Award – the highest honor given to a school in the country.

Hawkins, Lamar, Clendenin and Bond elementary schools are among the 26 schools the TEA and Gov. Greg Abbott nominated for the award this year. EPISD is the district with the most schools being considered in Texas.

National Blue Ribbon Schools program recognizes public and private elementary, middle, and high schools that have high student achievement and/or highlights where exemplary progress has been made in closing achievement gaps among student subpopulations.

EPISD Interim Superintendent Vince Sheffield said the nomination of four District campuses is a clear sign that high quality teaching and learning is happening throughout EPISD.

“Our teachers and students are leading the way in innovation in the classroom, and that is yielding unprecedented results,” he said. “Our Blue Ribbon-nominated schools are spread throughout EPISD, and they are an indication of the widespread commitment to children and education that is the guiding principle among our educators.”

Of the 2021 nominees, Lamar has won a Blue Ribbon in the past. Last school year, Green and Silva were awarded the Blue Ribbon – Silva for an unprecedented third time.