EL PASO INDEPENDENT SCHOOL DISTRICT --  Feb. 14, 2022)  — We are falling in love with love this Valentine's Day season. In honor of the day of love and friendship, we are highlighting a few couples who have been struck by cupid's arrow while at EPISD.

Grab your heart-shaped candy and settle in for an EPISD love story. 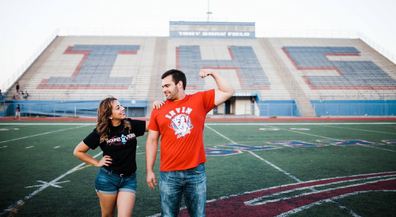 Cupid’s arrow didn’t immediately hit Mariel and Josh, but it wasn’t for lack of trying.

A modern-day cupid, who happened to be a student of the two, insisted for his two favorite teachers, Ms. Mariel Torres and Mr. Josh Bautista, to open their eyes and realize they were made for one another.

Sadly, the more the student persisted the less the pair listened – they were too busy! Mariel was juggling Yearbook and Broadcasting while John was preoccupied with his science classes plus coaching the Irvin wrestling team.

However, the student cupid proved his intuition was right. When Mariel asked Josh for information about his wrestlers for a Rocket Vision’s segment, there was an instant connection.

It was meant to be even if it took a moment for them to realize. The two exchanged texts for a few weeks and became a couple officially in 2016. A short two years later, the couple exchanged wedding vows.

“We make a great team,” Mariel said. “We are always thinking of ways to make each other happy. Everything comes so natural when we are together.”

The happy couple are now parents to 1-year-old Joshua, already an avid Irvin High School fan who cheers on his team from the stands.

“In a few years we plan is to enroll him in CDL,” Mariel said. “We can all be together at Irvin.” 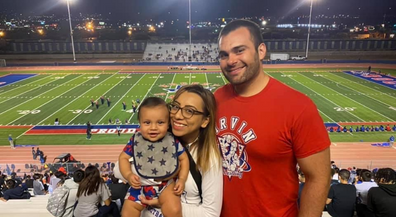 Of course, the student proudly claims the title of cupid for his spot-on instinct.