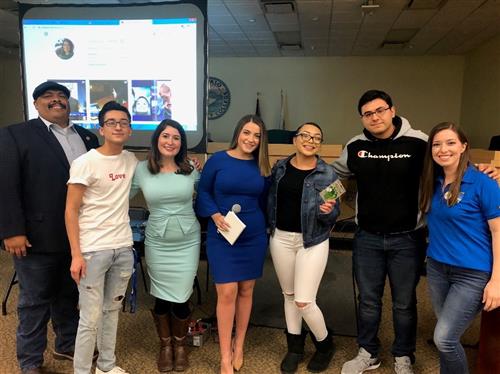 (IRVIN HIGH SCHOOL -- Jan. 21, 2020) — A team of social-media experts from Irvin took second place in a video competition aimed at helping get the word out about the upcoming 2020 Census count.

The students had 30 minutes to create a TikTok video telling other teens why the census matters. The Irvin team decided to use one of the TikTok trending songs and overlay facts about the census on top of it, all while they danced in the background.

The team’s win is even more impactful since the Irvin neighborhoods are in what is known as a Low Response Area where 29 percent of the population did not respond to the 2010 Census.

Story by Gustavo Reveles A.
Photo by U.S. Census