The Force is Strong at the Planetarium

(RODDENBERRY PLANETARIUM -- MAY 4, 2022) — Virtually traveling to infinity and beyond becomes a little bit easier when the Roddenberry Planetarian launches its public shows later this month in its new Northeast El Paso home.

Public shows return May 17 after a two-year hiatus to the new planetarium now located near the former Crosby Elementary School, 5411 Wren. 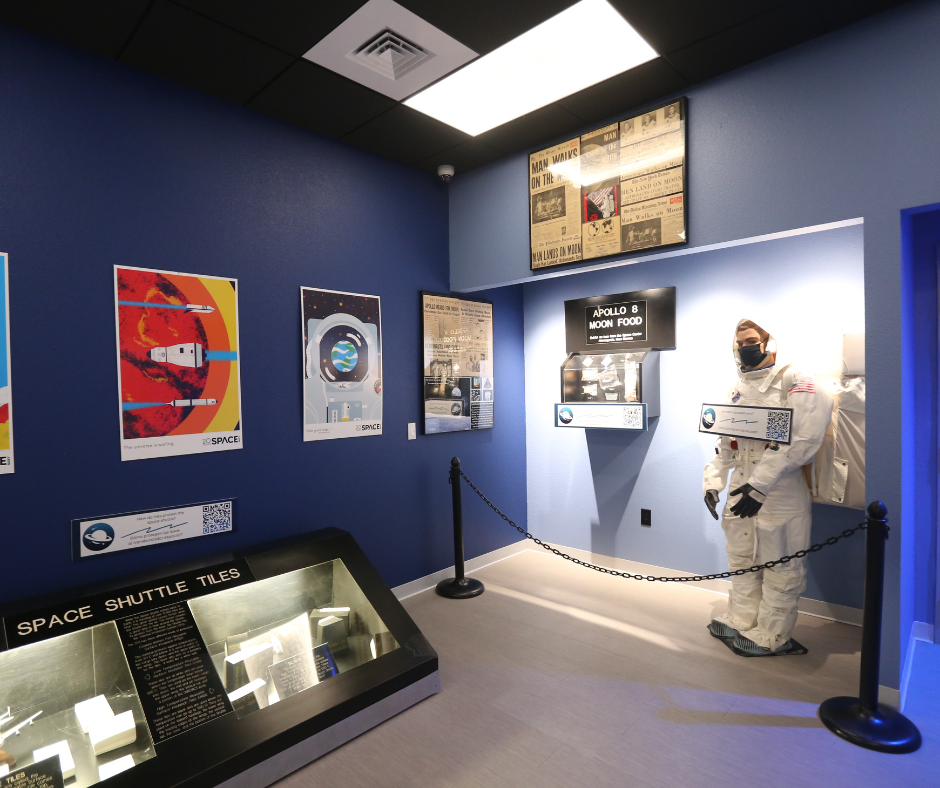 The planetarium’s relocation coincides with El Paso ISD’s Administrative offices to Stanton Street. Funding for the modernized planetarium is the result of a Community Development Block Grant for $1 million from the U.S. Department of Housing and Urban combined with matching funds from EPISD.

El Paso’s only planetarium opened in 1969 giving generations of students and families a chance to see the wonders of the cosmos and marvel in the beauty of space. In the early 2000s, the planetarium was renamed in honor of the El Paso native and Star Trek Universe Gene Roddenberry. Today’s planetarium features digital interactive screens, a her-story wall of women who made significant advances in STEM and a 360-degree immersive experience.

The main feature is "From Earth to the Universe," a movie featuring a stunning voyage through space and time to revel in the splendor of the worlds in the solar system as you travel beyond the Milky Way into the unimaginable immensity of myriads of galaxies.

While the shows are open to the public, it is strongly encouraged students be at least in third grade because of the dark nature of the environment and occasional simulated motion.

To receive a free ticket, complete an online survey here then visit Eventbrite here. Currently, no walk-ups or will-call tickets are allowed. Shows are at 3 p.m. weekdays from May 17 to June 22. Capacity is 60 seats.