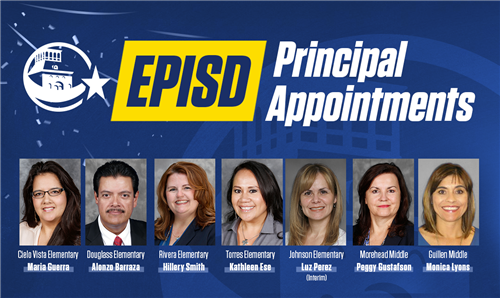 (EL PASO INDEPENDENT SCHOOL DISTRICT -- July 30, 2020) — The District today announced the appointment of new principals for several campuses in preparation for the 2020-2021 academic year that begins on Aug. 17.

“Principals play a key role in the success of every school, and we know we have selected outstanding educators to lead these campuses,” said Superintendent Juan E. Cabrera. “I am confident that their experience and commitment will help our students and teachers reach unprecedented goals, even as the pandemic alters the way we provide services to our community.”

EPISD announced the appointment of the following principals: