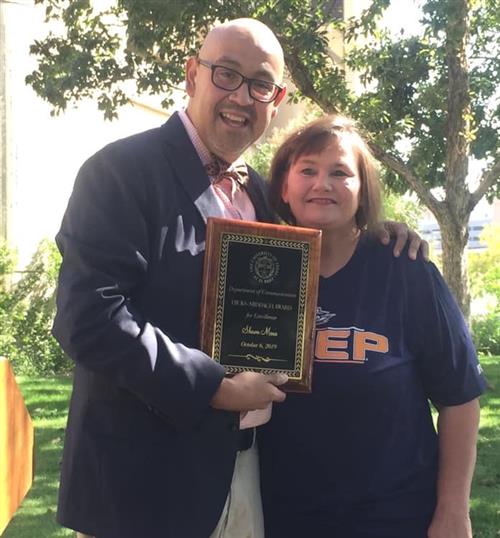 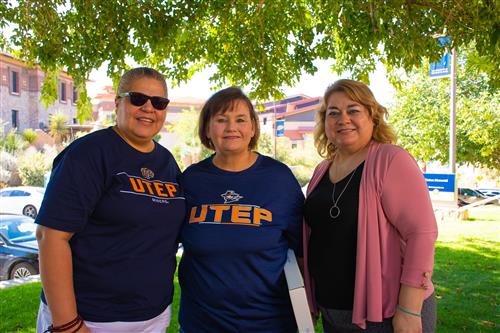 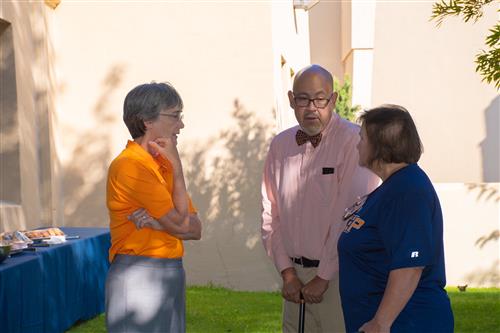 (FRANKLIN HIGH SCHOOL -- Oct. 7, 2019) — Homecoming celebrations for Franklin were extended by another weekend, albeit this time around it was on the campus of the University of Texas at El Paso.

“Ms. Mena’s influence as an educator and communication practitioner has already had a lasting influence on so many students from your early teaching and coaching career to your return to El Paso as principal at Franklin High School,” said Dr. Richard Pineda, the chair of UTEP’s Department of Communication and a former student of Mena.

“At every level of education – from high school to community college and the university – you have been a shining example of the power of communication, the value of debate and discourse and the impact of communication education at the University of Texas at El Paso,” he added.

UTEP officials said they awarded Mena the award in recognition of her commitment as an educator and communication scholar as an undergraduate student at the school, an intercollegiate debate that represented UTEP, and an alumna of the department’s master’s degree in communication studies.

By Gustavo Reveles
Photos by UTEP