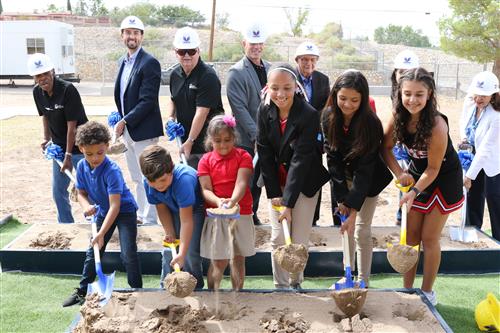 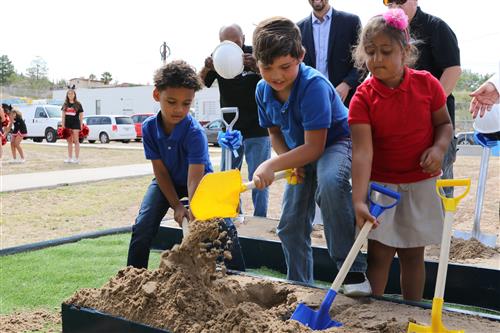 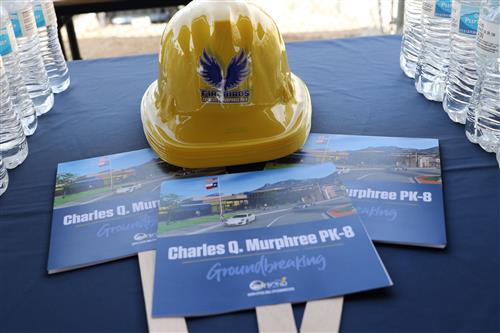 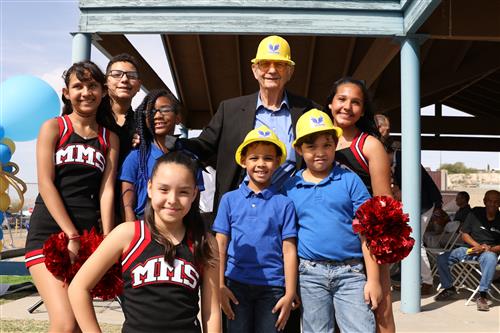 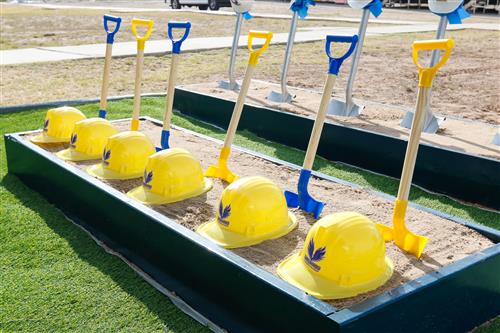 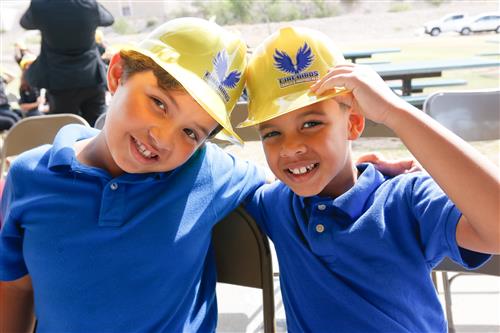 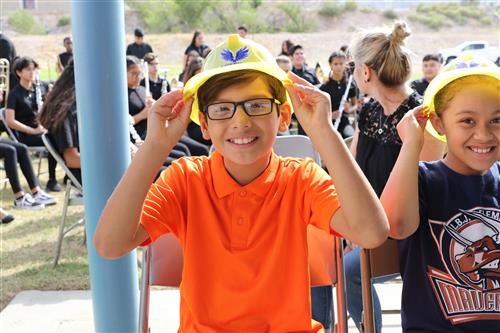 (LYNDON B. JOHNSON ELEMENTARY SCHOOL -- Sept. 13, 2019) — Longtime EPISD educator Charles Q. Murphree joined with the Johnson and Morehead communities this morning to break ground on the new campus that will soon bear his name.

“The Johnson building will be renovated and that will allow them to create open spaces for collaboration and the new construction will also include spaces where middle schoolers can collaborate and use technology,” said Morehead and Johnson principal Peggy Gustafson. “It’ll also incorporate furniture and things that allow for modern skills.”

The school will be  named after Murphree, a legendary EPISD educator and administrator who dedicated more than 30 years to the children of El Paso — most notably as principal at Coronado High. It is not unusual to find 88-year-old Murphree, who many call the mayor of the West Side, in the stands at Coronado greeting his former students and cheering on a new generation of T-Birds.

“It is the best honor EPISD could give one of their own,” said Erlene Gordan, a former student and EPISD retired educator. “He is loved by his students. He is always there for them in good times and in sad times.”

Murphree proudly took the shovel and scooped up dirt with the other dignitaries, posing for pictures with his former students and future students of the new school.

The school mascot, the Firebirds, also was unveiled at the event. The Firebirds is a direct nod to the students who will attend the campus and will move on to become Coronado T-Birds.

“It’s a lot more exciting than I thought it would be,” he said. “The new colors and new Firebird are really exciting, too.”

While construction progresses, Johnson Elementary will begin the steps necessary to become an International Baccalaureate Primary Years Programme so that students can begin the rigorous educational program in elementary grades and continue at through the already-established middle years program currently offered at Morehead.

“This is an exciting opportunity to offer a pathway for our kids to take advantage of our comprehensive programs,” Gustafson said. “By beginning IB in elementary school, our students will be ready for the IB program at Coronado.”

Fourth-grader Lorenzo Villatoro is one of the current Johnson students who will benefit from the new consolidation. He was among the students taking part in the ceremonial turning of dirt.

“The school is going to be cool and better,” he said. “I want it to look nice for the city so more people will come here.”

His classmate Esmeralda Segovia also got a chance to turn the dirt.

“I’m very excited,” she said. “When you combine the schools, it’s going to be a better school.”