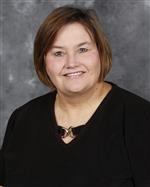 Mena assumes the role which had been vacant following the promotion of Dr. Carla Gonzales to Associate Superintendent of Academics & School Leadership.

“Ms. Mena brings with her years of experience in leading academic teams to excellence. I am confident that she will do the same in her new role” said Interim Superintendent Vince Sheffield. “Having Ms. Mena in this new role will free Dr. Gonzales to provide oversight and support to our academic and curriculum teams.”

Mena, who has been the principal at Franklin since 2017, has spearheaded the District’s efforts to develop aspiring campus administrators. A UTEP alumna with bachelor’s and master’s degrees, Mena is former speech teacher who spent her career working in schools in El Paso and Austin.

EPISD also announced the appointment of several interim principals at the following schools: